Lecture: “The Importance of Being Interdisciplinary and Inclusive” 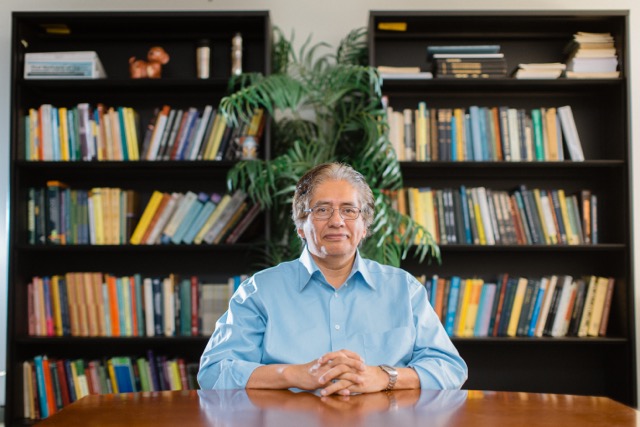 In early 2016, Carlos Castillo-Chavez visited El Salvador with four of his graduate students, all MTBI alumni. While there, he talked with people about their greatest concerns: namely dengue, chikungunya, Zika, and violence. The lack of resources for combating vector-borne diseases makes the control of Aedes aegypti - the driver of all three diseases – a huge challenge. Further, the search for solutions at the scale needed to make a difference must factor in the levels of insecurity, crime and gang violence which vitiate the effectiveness of vector control methods. This lecture will discuss the role that Castillo-Chavez’s students’ training and backgrounds have had in addressing these problems at the interface of disease transmission dynamics and control.

Castillo-Chavez is the founder and director of the Mathematical and Theoretical Biology Institute (MTBI), an undergraduate research institute that has recruited and enrolled 423 undergraduates since its inception in 1996. Seventy percent of domestic MTBI students have gone on to enroll in graduate or professional school programs, and one-third of those students have already earned their doctoral degrees.

Carlos Castillo-Chavez is a Regents Professor and the Joaquin Bustoz Jr. Professor of Mathematical Biology at Arizona State University. His 38 Ph.D. students include 18 women, 23 underrepresented minorities and six students from Latin America. In addition, he has mentored more than 25 postdoctoral students and has been a research mentor to more than 400 undergraduates. Recognitions of his work include three White House Awards (1992, 1997 and 2011), the 12th American Mathematical Society Distinguished Public Service Award in 2010, the 2007 American Association for the Advancement of Science Mentor Award and the 2003 Richard Tapia Award.