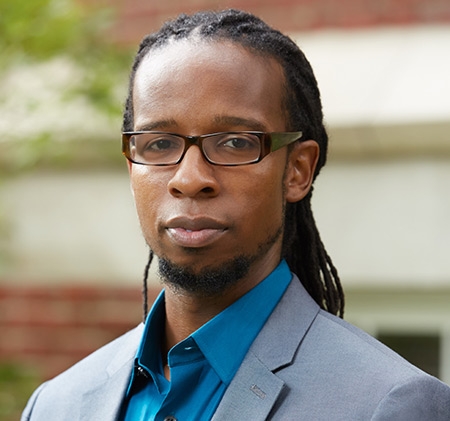 Ibram X. Kendi is one of the nation’s most prolific and accomplished young professors of race, writing for and speaking to both scholarly and general audiences. This lecture builds on Kendi’s firm belief that in order to understand racism in America today, we must confront the history of anti-Black ideas. Kendi traces this history of racist ideas from 15th century Europe when racist ideas were used to legitimize slave trade through modern day America when unarmed human beings were being killed at the hands of law enforcement officials and #BlackLivesMatter was born. In shedding light on the history of racist ideas, Dr. Kendi gives his audience the tools to expose them and reason to hope for the future.

Dr. Kendi is a New York Times best-selling author and award-winning historian at the University of Florida. His second book, Stamped from the Beginning: The Definitive History of Racist Ideas in America, won the 2016 National Book Award for Nonfiction, was named a finalist for the 2016 National Book Critics Circle Award, and was nominated for the NAACP Image Award for Outstanding Literary Work in Nonfiction. He is also the author of the award-winning book, The Black Campus Movement: Black Students and the Racial Reconstitution of Higher Education, 1965-1972. Dr. Kendi has published multiple essays in journals and books and he is the associate editor of the leading online platform for public scholarship on Black life, Black Perspectives. His next book, which will be published by Random House, is tentatively titled, How to be An Antiracist.