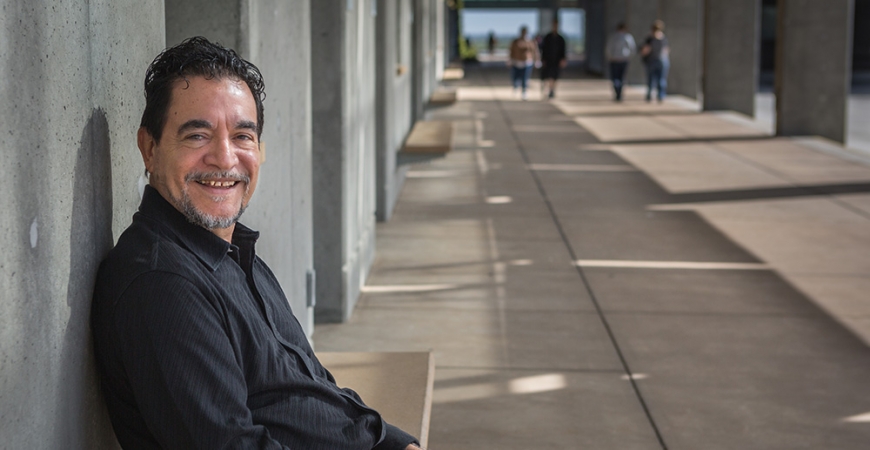 Arturo Arias, a John D. and Catherine T. MacArthur Foundation professor in the Humanities at UC Merced, has been awarded a Guggenheim Fellowship for his ground-breaking study of contemporary indigenous novels from Guatemala and Mexico.

Arias was one of 173 American and Canadian fellows announced Wednesday by the Board of Trustees of the John Simon Guggenheim Memorial Foundation.

“This fellowship represents a unique honor for any scholar because it recognizes the exceptional value, not just of a single project, but of an entire professional trajectory,” Arias said.

“It also validates the areas of investigation that I have either opened or helped significantly to develop — Central American-American studies, Central American cultural studies and Meso-American indigenous studies — all of which were largely invisible in U.S. academia during the early decades of my career.”

Arias is working on the third volume of his collection “Recovering Lost Footprints: Contemporary Indigenous Narratives,” exploring contemporary novels and short stories from Guatemala and Mexico. The works, which are published in the original language with a Spanish translation, “offer unique (and bilingual) insights into possible responses to current expressions of colonialism,” he said.

The Guggenheim fellowship will allow Arias to complete the third volume, which, in contrast to the first two, features authors who are not Maya but Zapoteco, Nahua, P’urhepecha Rarámuri and Wixárika. Volumes 1 and 2 were published in 2017 and 2018, respectively. 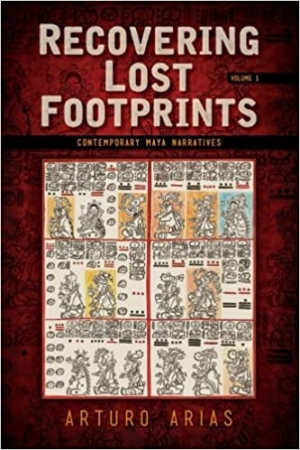 Arias was born in Guatemala in 1950, and his early life was marked by the overthrow of democracy in 1954 and the ensuing military dictatorships and civil rebellions. He began his academic career as a scholar of Central American literature but, over the years, his focus shifted in important ways.

“For example, the absence of any recognition of Central America in what we now call Latinx literature led me to explore the cultural production of a group I call ‘Central American-Americans,’” he said.

In the 1990s, controversy arose over testimony from Nobel Peace Prize recipient Rigoberta Menchu, with some challenging the Guatemalan activist’s veracity. In his 2000 work “The Rigoberta Menchu Controversy,” Arias assembled documents and accounts giving perspective to the debate and the surrounding “culture wars” of the era.

This work led the State University of New York Press to invite Arias to be editor of its Trans-Indigenous Decolonial Critiques Series in 2017.

"The absence of any recognition of Central America in what we now call Latinx literature led me to explore the cultural production of a group I call ‘Central American-Americans."

Last fall, Arias was named Visiting Research Scholar in the Program in Latin American Studies at Princeton University. His other honors include being named the Tomas Rivera Regents Professor in Spanish Language and Literature at The University of Texas at Austin in 2013 and a distinguished visiting professor at several universities across the United States and in New Zealand, Spain, Mexico and Brazil.

Arturo has received important awards for his narrative fiction, among them the Casa de las Americas Award for his novel “Itzam Na” (1982), the Anna Seghers Scholarship for “Jaguar en llamas” (1990), and the Miguel Angel Asturias National Award for Lifetime Achievement in Literature (2008) in Guatemala.

Arias’ other published works include “Taking their Word: Literature and the Signs of Central America” (2007); “Critical Edition of Miguel Angel Asturias’s ‘Mulata’” (2000); “The Identity of the Word: Guatemalan Literature in Light of the New Century” (1998); and “Ceremonial Gestures: Central American Fiction 1960-1990” (1998).

Arias joins the 95th class of fellows to be recognized by the foundation. The honorees were chosen through a peer-review process from among almost 3,000 applicants.

“It’s exceptionally encouraging to be able to share such positive news at this terribly challenging time,” foundation President Edward Hirsch said in a statement. “The artists, writers, scholars and scientific researchers supported by the fellowship will help us understand and learn from what we are enduring individually and collectively, and it is an honor for the foundation to help them do their essential work.”

Since its establishment in 1925, the John Simon Guggenheim Memorial Foundation has granted more than $375 million in fellowships to over 18,000 individuals. Created by Simon and Olga Guggenheim in memory of their son, the foundation has sought to “further the development of scholars and artists by assisting them to engage in research in any field of knowledge and creation in any of the arts, under the freest possible conditions.”