Summer Programs Enhance Students’ Success in High School and Beyond 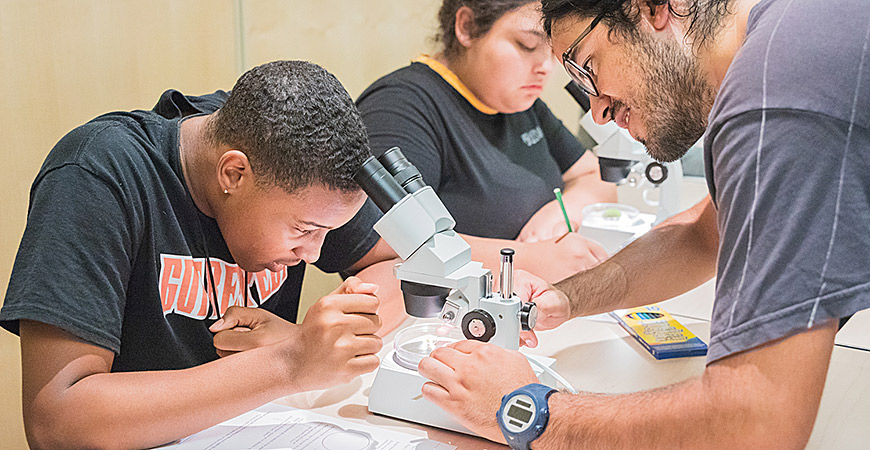 Araceli Hernandez could have been playing video games, swimming or sleeping in over summer break, but instead she was doing math. And she’s happy about it.

Hernandez took part in one of three summer programs on campus developed by UC Merced’s Center for Educational Partnerships (CEP) with funding from U.S. Department of Education Trio grants aimed at increasing the number of youth from disadvantaged backgrounds who complete high school and enroll in and complete their postsecondary education. 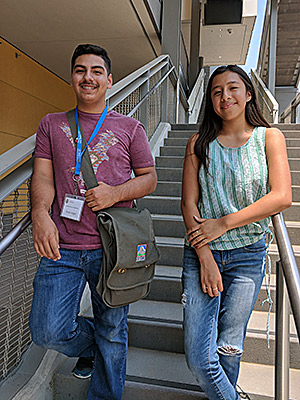 Ninth graders Cesar Angel and Araceli Hernandez are ready to take on the challenges of a new school year after they spent four weeks in the Bridging the Gap to Mathematics intensive math program at UC Merced.

“When we saw the low number of kids getting threes or higher on the AP Calculus exam, we realized we needed to do some form of intervention,” Assistant Director for the Center for Educational Partnerships Ismael Serrano said. “We’re front-loading the students in math so they can be successful in high school. The end goal is to catch them younger so they are better prepared.”

Hernandez’s motivation for attending the program was to be better prepared for high school in a subject she finds tough.

“I really have a difficult time with math. This program has helped with my confidence,” said Hernandez, who attends Le Grand High School. “I feel I would have regretted it if I hadn’t come.”

CEP expanded its long-standing partnership with Le Grand Union School District and partnered with Merced Union High School District and Delhi Unified School District to bring students a college-going experience. More than 100 students from the Delhi, Le Grand, Merced and Planada have participated in the math academy in the past two summers — of those, 80 attended this year.

Cesar Angel, a ninth grader from Plainsburg, said it was worth getting up early each morning to take a bus and spend six hours in the classroom.

“I was struggling in math and they made it fun,” Angel said. “The transition from middle school is already a huge change, so being on the UC Merced campus really helps.” 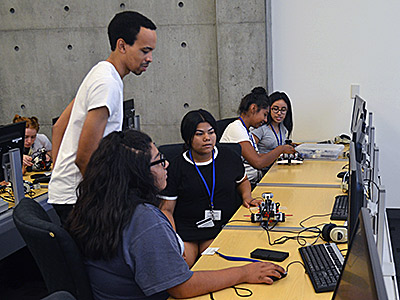 The final week of the academy, the students lived in a UC Merced residence hall and took enrichment courses. Students engaged in workshops including a model United Nations simulation, College Shark Tank where students competed for a chance to earn college scholarships, and workshops on financial literacy, scholarships and more.

The objective is for them to see themselves doing something similar in the future if they go to college. And learn that science is fun!